Thatcher, sick pics, some contempt and 40 years as the Eye sees it.

Wednesday. The easiest day of the fortnight for the Media Watch editor of this place.

This fortnight, after a bit of a drought recently, Private Eye has served up a couple of juicey bits.

First of all shocking pictures... 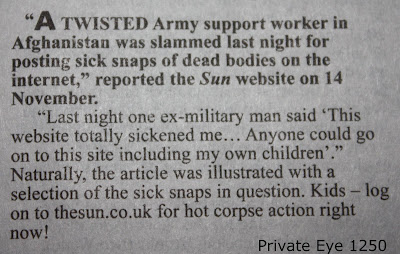 This being the story in question.

The next is an example of the Sun showing contempt for the Contempt of Court Act 1981... 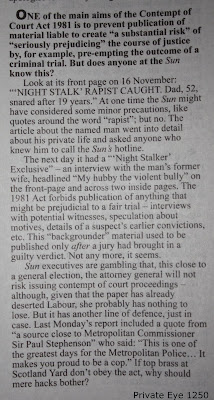 ...with a nice little dig at the Met Commissioner, too.

PE couldn't let 40 years of the sun go by without it's own little corner, either...

That last headline is a cracker, isn't it? There was an apology, in the only place it should've been for headline as wrong in every way as 'Straight sex cannot give you AIDS - Official': page 28. /sarcasm

And to finish with, something a little lighter... 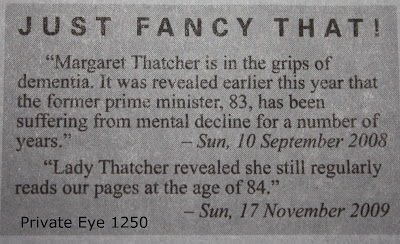